May 31, 1999 By PETER T. KILBORN
WASHINGTON -- As modern medicine extends the lives of people with chronic diseases from diabetes to cystic fibrosis, the rate of divorce among them is increasing, leaving a growing number without income, health insurance or support at home, health analysts say.

Among the reasons, they say, are the stresses on the health of the spouse caring for a disabled partner, and the pressure on family finances, especially if one spouse has to stop working to stay home to tend the other.
"More diseases that occur in adulthood are treatable, so we know more couples are living longer with one having a chronic illness," said Dr. John Rolland, a psychiatrist and co-director of the Center for Family Health at the University of Chicago.

Louis Harris & Associates, which has surveyed the relationships of people with disabilities for the National Organization on Disability since 1984, found that 13 percent of those it surveyed last year were divorced, up from 11 percent in 1994 and 9 percent in 1984.

The government's National Health Interview Survey of nearly 50,000 households in 1994 said 20.7 percent of the disabled adults among those polled were divorced or separated, compared with 13.1 percent of those without disabilities.
Other surveys as well as demographers, family therapists and divorce lawyers suggest that while the divorce rate among spouses with some health conditions, notably breast cancer and multiple sclerosis, is about the same as that of the general population, it is much higher for others.
For people with spinal-cord injuries, said Dr. Michael DeVivo, an epidemiologist at the University of Alabama at Birmingham, "marriage rates are below normal, and divorce rates are above normal."
When Russ Benning, a 50-year-old graphic artist from Antioch, Tenn., was divorced last year after 15 years of marriage, he lost not only his wife but also her income and her health insurance. Benning had a painful blood-clotting condition in one leg when he was married, and it developed in the other leg a year later.
He cannot work and must use a wheelchair, and he makes do with disability payments of $10,000 a year.

"It's not easy having the pain, and I do my best not to show it," he said, "but it's unavoidable. It's also not easy to look at somebody in pain and not be able to do algo al respecto.
" something about it."
Among couples who stay together despite a disability, many say they come close to the brink of serious depression or splitting up.
"We were high school sweethearts," said Barbara Fleming, 52, of Mount Airy, Md., whose husband, Kenneth, 55, a retired firefighter, was found to have multiple sclerosis five years ago. "We were a boating family. We had a beach house. We fished."

But Fleming's condition has ended the old routines.
He is lucid and clear-speaking but he is 90 percent blind and walks with a cane.
"We struggle along, but in the end it falls on me," Mrs. Fleming said.
"I've gone outside the front door and mentally screamed. I've been in therapy, and I go back when I feel I have to have someone to talk to who is not in the family."

Suzanne and Steven Mintz were parents of a 5-year-old daughter when Steven Mintz, an economist, was found to have multiple sclerosis 25 years ago. "It turned our lives upside down," Ms. Mintz said.
Soon after the diagnosis, Ms. Mintz said, "We separated twice, for 18 months and again for two years."
Ms. Mintz used her experience to establish the National Family Caregivers Association, an advocacy group in Kensington, Md., with 3,000 members.
"It was hard to talk about feelings, to have a conversation about what was disturbing us," she said.
"He's in a wheelchair, and he needs help with daily activities. But he's still working, thank God.
We've come to a better place. He has clinical MS, but we both have MS."

Since 1980, a team of researchers at Pennsylvania State University, the University of Nebraska and Virginia Tech have been monitoring about 2,000 couples on a variety of issues, including health.
"What we find is that declines in health have an adverse influence on marital quality," said John Edwards, professor of sociology at Virginia Tech.
Tensions develop because the disabled spouse carries less weight in the household, shares in fewer activities and withdraws or becomes moody, angry or critical, Edwards said.

Adrienne Asch, a professor of biology, ethics and human reproduction at Wellesley College and a past president of the Society of Disability Studies, said: "The data are that marriages do break up more often when there is a disability than when there isn't. We also know that men leave wives more often than wives leave husbands."

Lawyers say divorce among the disabled is also influenced by factors that have been driving up the overall rate of divorce, like more casual public mores, less stigma attached to divorce, and more wives who work. "It's no longer considered necessary to hang in there with the disabled spouse," said Ira Lurvey, a divorce and custody lawyer in Los Angeles and former chairman of the family law section of the American Bar Association.

"The real message we get from the icons of society is if the marriage is too hard, you're not expected to keep it going."
Willard DaSilva, a divorce lawyer in Garden City, NY, cited a client in her 30s who had filed for divorce.
The client's husband had been struck by a car while riding a bicycle and suffered severe brain injuries, DaSilva said, adding: "He has difficulty walking, cognitive problems and needs constant attention. He is no longer the person she married."

The health analysts allow that sometimes, in cases of character- transforming conditions like severe brain injury, Alzheimer's disease, or conditions requiring the constant care of a nursing home, separation is unavoidable.
Short of those extremes, however, disability can still change a marriage's foundations, said William Pinsof, a clinical psychologist and president of the the Family Institute at Northwestern University, which trains marriage and family therapists.

"It impairs your ability to travel with a spouse, to participate in social life," Pinsof said.
"When you lose your social and sexual partner as a result of a disability, it has a huge impact." Dr. Sandra Weintraub, director of an Alzheimer's clinic at Northwestern, said:
"There's a whole psychological layer. When you get married, it's not to be somebody's nurse, and suddenly you are somebody's nurse."

Dr. For better-off couples, a hired hand can save work and relieve tension. Dr. Weintraub said: "There are spouses who say, 'In no way will I diaper my wife.'
So you go out and have somebody else diaper your wife. It helps to have money."
But money becomes a shrinking resource for couples that become caught in the bind of a lost job and the rising cost of care.
"Fully a third of adults with disabilities," the Harris study reported, "lived in a household with an annual income of less than $15,000 in 1997, compared to only 12 percent of those without disabilities."

In addition, said Mitchell LaPlante, director of the Disability Statistics Information Service at the University of California at San Francisco, "Americans with disabilities spend more than four times as much on medical care, services and equipment, on average, as their nondisabled counterparts."

In the face of such pressures, the analysts say, disability can take as big a toll on the care giver as it does on the patient.
The emotional state of patients with spinal-cord injuries often improves within a year, but that of their spouses often declines, said Scott Richards, a clinical psychologist and research director in the department of physical medicine and rehabilitation at the University of Alabama at Birmingham.
The reason, Richards said, may be that other sources of support -- friends, family, agencies -- drift away, leaving the spouse alone with the chores.

Linda Teri, director of the Tornyay Center on Health Aging at the University of Washington in Seattle, said that "spousal care givers have much higher levels of burden, depression, medical illnesses" than others.
Her patients, the elderly, rarely resort to divorce.
But younger generations, she said, "are more likely to say it's not worth it."
Publicado por Teixo No hay comentarios: 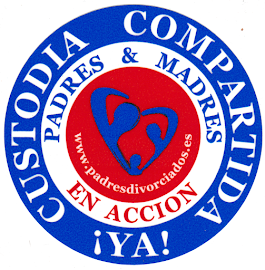